In a Guardian article dated 7 April 1994, 22 Strings lead vocalist James Sutherland was described as having “a voice that drips melancholy“.

22 Strings was also described as having “plausible comparisons” to Elvis or Chris Isaak of which a majority of this sound was the result of James Sutherland’s golden voice.

During concerts his voice not only repeatedly turned heads, but it drew willing comparisons to the likes of music legend Roy Orbison. James’ voice often caused noisy music venues to suddenly grow silent.

The song “Hang Your Head Down” was described in the Guardian as being “a potential hit” and having a “delicious” hook line that was “instantly memorable”.

During the live sets James Sutherland’s voice drew people into the music while the flowing harmonies complimented the melodies. But these melodies and delicious hook lines were written for that voice. 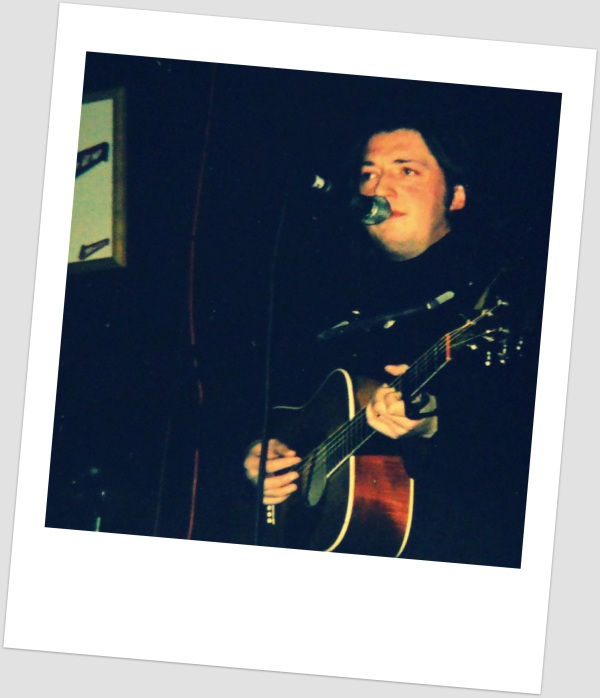 Despite this, a date was agreed under the condition the band bring their own PA and the Cafe provide a support act.

On November 12 1993, 22 Strings made their Manchester City Centre debut at Night and Day Cafe with American songwriter Holly Burton on support.

Night and Day Cafe originally opened in 1991 as a chip shop and would not become a music venue until some time later. But the Cafe would become a haunt for local musicians. Throughout the 1990’s 22 Strings would play a number of gigs at Night and Day Cafe and regularly hang out there with the likes of Tony Wilson, Bryan Glancy and John Bramwell. But the gig of November 12 1993 begs the question, were 22 Strings one of the first bands to play Night and Day Cafe?

In 2008 while promoting his debut album in an interview with the BBC Shimeon had this to say about his days in 22 Strings;

“I began writing songs and thinking seriously about life and existence at an early age. I wrote songs while I was with the band, 22 Strings.

“Since then, I have been a lone soul. 22 Strings played hard and often. We achieved a lot considering our lack of understanding about how the industry operates. We were naive then and too nice, I think!”